What is Benign Prostatic Hyperplasia? 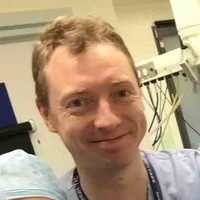 Profile
The term Benign Prostatic Hyperplasia (BPH) relates to an enlarged prostate which is not cancerous, but which may cause bothersome problems with the waterworks or lower urinary tract symptoms (LUTS) thanks to the resultant obstruction to the flow of urine out of the bladder. It is a very common problem in men, the growth in the prostate probably starting in middle age. It may result in bothersome symptoms in approximately 50 percent of men between the ages of 51 and 60 and up to 90 percent of men over the age of 80.

Typical symptoms include difficulty in passing water, having to go to the toilet frequently or urgently, having to get up several times during the night, dribbling at the end of urinary flow and sometimes incontinence. The symptoms can impact on quality of life causing embarrassment, tiredness and limitations to the activities one can undertake. Furthermore, it may also result in the sudden and often painful inability to pass urine (acute urinary retention) leading to emergency hospital attendance and the siting of a drainage tube down the water pipe (urethra) into the bladder (a catheter). It should be noted that symptoms such as frequently passing urine and getting up at night can be caused by a number of different problems in addition to BPH so it is important to discuss these with your doctor (It is worth noting that BPH is a much more common disease than prostate cancer which is often symptom free in its early stages).

In the past the gold standard for surgical treatment for moderate to severe BPH for a prostate of up to 100ml in size,  was a transurethral resection of the prostate (TURP). This involves using an electric current to cut away a section of the prostate. Afterwards saline was used to wash away any pieces of loose prostate tissue and prevent blood clots forming in the bladder. Whilst this is a highly reliable method, it requires a 2 or 3 day stay in hospital and it can result in bleeding, retrograde ejaculation in more than 75% of cases, and erectile dysfunction among  other side effects. Further, 1 – 2% of patients may suffer from incontinence and 1% will require a blood transfusion. A verson of TURP called Bipolar TURP (B-TURP), uses isotonic saline as irrigant during the procedure which reduces blood loss.

Because of the emergence in the last few years of several new, relatively non-invasive techniques and technologies which have  fewer side effects, we would no longer recommend TURP in most circumstances, although it remains an effective treatment if these other options are not available.

For massive prostate glands, 200ml, open or robot assisted prostatectomy may be the only option if there are coexisting problems such as bladder stones or diverticulum (small bulges or pockets that can develop in the lining of the intestine as you get older). However there are higher rates of complications and issues of erectile dysfunction and incontinence, but for a small minority of men these may be the only options.

There are several treatment options for this issue, the best and most suitable of which will depend on your condition. With most cases the best option is to try medication first. If that is not effective then the treatment options are below.

To determine which treatment may suit you, you need to assess how severe your symptoms are, and the size  in volume terms of your prostate as well as other factors.

Urolift – This is a non-invasive approach and the best for moderate disease. The main advantage is that no cutting or removal of the prostate tissue is involved, instead the obstructing prostate is lifted in order to stop it blocking the urethra. This means the recovery time tends to be much faster than traditional methods and it can be performed under local anaesthetic without the need for a urethral catheter in most cases

iTind – temporary implantable nitinol device, is, as the name implies, a temporary device made of an ally called nitinol which is placed in the prostate for 3-5 days and then removed. Very little data is available at present to support widespread use, but it should certainly be evaluated in studies to see how it fits into the treatment options for BPH

Photoselective vaporization of the prostate (PVP) using GreenLight  – Greenlight is a laser that is used to  heat the unwanted prostate tissue so it evaporates or is sublimated.  Compared with a standard TURP there is less blood loss, less chance of infection and a shorter hospital stay, but studies have shown longer operating times and higher reoperation rates with PVP. Effectiveness also varies according to the power level of the laser that is used. This technology may be helpful in patients on anticoagulants.

Holmium laser enucleation of the prostate (HoLEP) -This is also a laser based treatment, but rather than vapourising the prostate tissue, it is enucleated using the laser, rather like peeling an orange from within.

HoLEP has a lower reoperation rate than both TURP and PVP, short catheterisation time and low risk of bleeding. Outcomes are equivalent to traditional open prostate surgery and virtually any size of prostate can be treated.  Research studies published in 2016 found very similar short term outcomes and postoperative symptoms comparing HoLEP to Greenlight. However for patients suffering from Chronic Urinary retention (CUR), the inability to completely empty the bladder of urine had better outcomes using HoLEP.

HoLEP can also be used to treat very large prostates (150ml plus) where other methods cannot be used. However HoLEP requires a  higher level of expertise, than with Greenlight, if complications are to be avoided. It is therefore very widely available in the UK.

Greenlight laser enucleation of the prostate (GreenLEP) – is very similar to HoLEP treatment, that is,  rather than vapourising the prostate tissue, it is enucleated using the laser rather like peeling an orange from within. It is not currently available in the UK, but will be in the future.

Rezum – Steam ablation of prostate cells – it involves passing a small probe up the urethra to inject a few droplets of steam into the urethra in the constricted area. Water in the device is heated by a probe using radio frequency energy to produce the steam. The steam kills off the prostate cells compressing the urethra. The dead cells are absorbed by the body. Typically a catheter is left in place for 3-5 days after this procedure

One again there is here is good evidence that this non-invasive treatment works and it can spare men surgery and sexual side-effects, such as impotence and ejaculation problems

Aquablation – this  treatment is the latest method to become available having been approved by NICE in September 2018. Evidence is scarce for this new procedure, so it is recommended to be used with special arrangements for audit or research.  Aquablation or transurethral water ablation, uses ultrasound image guidance and robotics to target a saline water jet to destroy prostate tissue. The procedure is usually done with the patient under general or spinal anaesthesia.
The average resection time (that is when the water jet is fired), is typically 3 to 5 minutes. After the procedure, a catheter is used which is removed the next day when the patient is typically discharged.
Possible advantages of the procedure include a reduction in time compared with other endoscopic (camera through the urethra) methods, and the potential to preserve sexual function. The procedure is heat-free, which removes the risk of complications
arising from thermal injury. It is suitable for prostates up to a theoretical maximum volume of 100ml, but realistically 80ml. As the tissue is not cauterized by heat, the procedure does result in bleeding and requires an overnight stay in hospital. Further studies are required to see how effective this will be in the long term.

Thulium laser enucleation of the prostate (ThuLEP) – A 2016 study found it to be an  effective procedure and as good as other procedures such as HOLEP. It is only available in 2 centres in the UK.

This treatment blocks some of the blood supply to the prostate using tiny synthetic beads, causing the troublesome tissue to shrink and die. The benefit is that it can be done under local anaesthetic as a day case. There are potential problems with the procedure, however. It take nearly  an hour to perform versus 15 minutes for Rezum or Urolift for example. Further, 20% of men require another treatment within a year. There is a  risk of damaging vascular anatomy – a rare but serious complication. Finally, symptomatic improvement tends to be modest at best. However it is an option for men with large prostates where other treatments are not viable for anaesthetic reasons, as long as  their vascular anatomy is suitable.

There are other much less common treatments, most of which are not available in the UK or are subject to clinical trials. They are included for completeness, but are not currently recommended by  European Urology Association guidelines

Transurethral vapour resection of the prostate (TUVRP)– this is similar to TURP, but prostate tissue is vaporised rather than cut away using an electric current.

BAUS, The British Association of Urology have produced a set of leaflets and videos on Prostate procedures which you can access via the link before the profile.