Home / Treatments for In Capsule Diagnoses [T1 & T2] / If I needed prostate cancer treatment, I would want HIFU

If I needed prostate cancer treatment, I would want HIFU 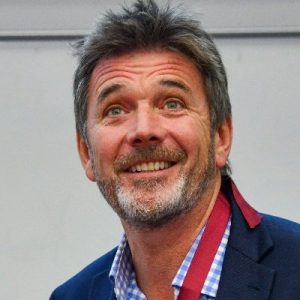 If I needed prostate cancer treatment, I would want HIFU

One in six men in the UK will be diagnosed with prostate cancer at some stage, but despite advances in diagnostics, not least more detailed MRI imaging, it’s not always clear how best to treat them. Research has shown that aggressive treatment (surgery or radiotherapy) — with resulting side effects such as incontinence and erectile difficulties — isn’t necessary for most men with lower-grade cancers. However, would you be happy for your doctors to “just” monitor your cancer? Or would you want the kitchen sink thrown at it and to hell with the consequences? And what happens if your cancer is intermediate or high-grade?

These are difficult questions faced by tens of thousands of British men every year, but recent developments might make the decision easier, at least for the 20,000 or so with more aggressive cancers who will be advised to opt for surgery or radiotherapy. New research published in the journal European Urology suggests that there is a third option, a less invasive treatment that will allow them a chance of being cured without having to pay such a high price in terms of side effects that impact on their quality of life.

The 15-year study, led by Professor Hashim Ahmed from Imperial College London, followed nearly 1,400 men with moderate or aggressive cancers treated with high-intensity focused ultrasound (HIFU). Instead of surgically removing the diseased gland (prostatectomy) or blasting it with radiation (radiotherapy), HIFU uses high-frequency ultrasound, delivered by a probe inserted into the rectum, to heat the diseased part of the prostate to 70C, destroying the cancer cells.

HIFU is not new — it has been offered by a handful of specialist centres in the UK for a while — but this latest study is the first to produce long-term data suggesting that it could be an effective and better tolerated alternative for about half the men offered surgery or radiotherapy. However, it is comparatively early days. The study may have started in 2005, but most of the men involved were treated after 2015, so there is still some uncertainty about longer-term outcomes such as the survival rate at ten years. There is little doubt, though, that HIFU has fewer side effects.

About 20 per cent of men undergoing surgery or radiotherapy for prostate cancer will be left with some form of incontinence. In men having HIFU this falls to only 2 per cent. Difficulties getting or maintaining an erection is another common complaint after conventional treatment, affecting as many as 60 per cent of men. For HIFU this proportion is reduced to 15 per cent or less.

So here is a treatment that appears to offer similar efficacy to surgery and radiotherapy, at least in the short to medium term, but which has fewer side effects, allowing men to return to normal activities quicker, while offering a much greater chance of maintaining continence and normal sexual function. So what is the downside?

Well, a single treatment isn’t always enough. One in five men in the study needed two or more HIFU procedures, and in one in 20 men it didn’t work as hoped and they went on to have surgery or radiotherapy. However, HIFU doesn’t seem to be an obstacle to more invasive treatment if it does fail (which it won’t for most men), so opting for it doesn’t risk burning your bridges.

Put it this way, if I were diagnosed with prostate cancer and were one of the 8,000 to 10,000 men a year that Ahmed believes may be suitable for HIFU, I would certainly ask for the treatment. Whether or not I could access it might be a different matter. It is becoming more available on the NHS, with at least three more UK centres thought to be considering adopting it this year, but most men who are eligible still won’t be offered HIFU anytime soon (unless they opt to go privately).

This new study can only help to improve adoption — and access — but there are other hurdles too. If your department runs a specialist radiotherapy service (the most common treatment), or has just invested in new, very expensive equipment to perform robotic prostatectomies, it has a vested interest in carrying on and developing present services.

And HIFU isn’t the only new kid on the block. Trials of cryotherapy, which uses extreme cold rather than heat to destroy cancerous cells in the gland, are also continuing, although they are not as advanced. Like HIFU, cryotherapy can be focused on the cancerous cells in the prostate, leaving the healthy part relatively unscathed. Watch this space.

Prostate cancer: the facts
● There are just over 52,000 new cases of prostate cancer diagnosed every year in the UK

● In a typical year 8,000 to 9,000 men in the UK will have their prostate removed, and 12,000 to 13,000 will have theirs irradiated by external beam radiation or the insertion of radioactive beads (brachytherapy)