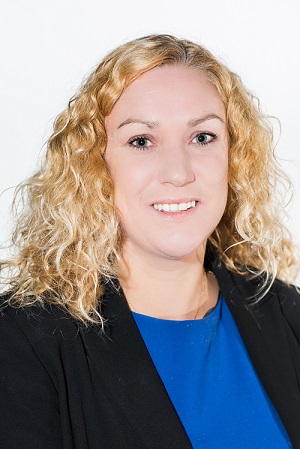 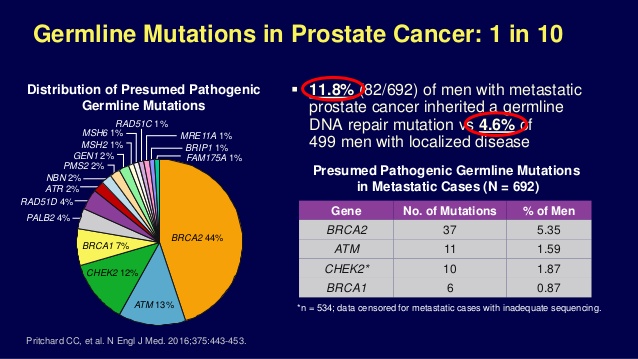 Typically, prostate cancer is very slow growing and left undiagnosed or untreated would not shorten a man’s life; this type of prostate cancer is seen very commonly in older men.  However, in some men prostate cancer can be aggressive and develop more quickly: in these situations early diagnosis and treatment is important. Regularly screening, for example with PSA can help identify these men at earlier stages.

Men may have an increased risk of prostate cancer, and genetic testing may be helpful, if they have the following signs in their families:

Genetic testing can look for changes (mutations) in several different genes which are known to cause an increased risk of prostate cancer.  Mutations in the BRCA1 and BRCA2, HOXB13, ATM, CHEK2 and Lynch Syndrome genes are associated with higher risk of prostate cancer and are inherited in an autosomal dominant pattern which means one copy of the altered gene in each cell is sufficient to increase a person’s chance of developing cancer.  In other words, if a parent has a mutation in one of these genes their children have a 50% risk of inheriting the genetic mutation and therefore being at increased risk of prostate cancer. Genetic mutations for prostate cancer can be inherited from both the mother and the father’s side of the family.

The table below summarises the risk of prostate cancer associated with known genes:

For men who have been diagnosed with prostate cancer, genetic testing may be helpful as it may alter their treatment, particularly for those men with BRCA1/BRCA2 mutations who may benefit from platinum-based therapy while men with Lynch syndrome may find Pembrolizumab beneficial. It should be noted that while it is expected that there are approximately 31,000 men in the UK with BRCA1 and BRCA2 mutations, currently very few have been identified. There are current studies underway such as the IMPACT study which is further investigating prostate cancer genes, and the best way to screen for prostate cancer.