Introduction to Radiotherapy including Brachytherapy 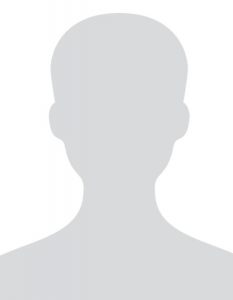 Introduction to Radiotherapy and Brachytherapy

UNDER DEVELOPMENT – NOT VALIDATED 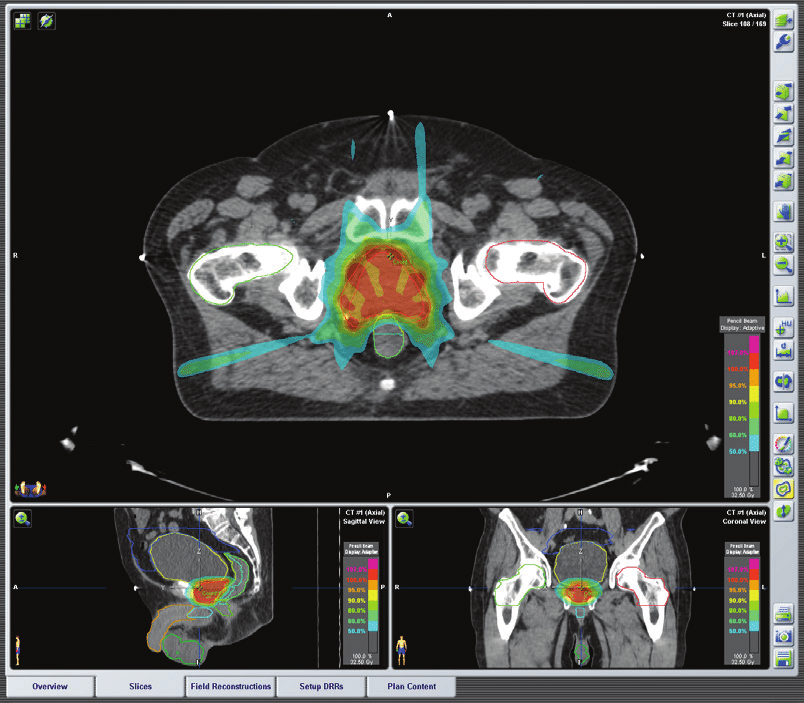 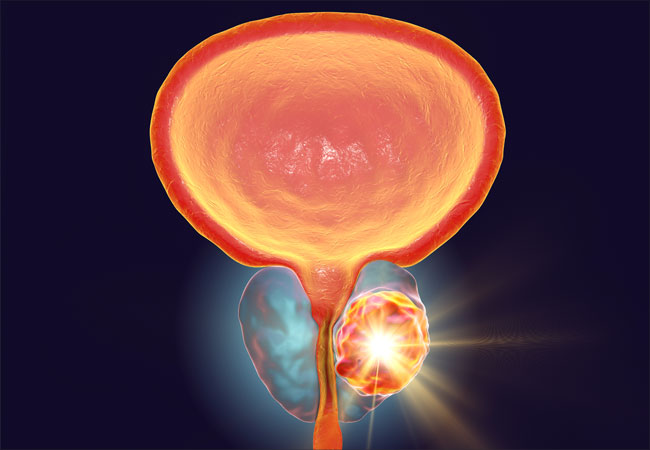 It is possible to give Radical Radiotherapy in three ways:

Who are these Treatments Suitable For?
As with surgery, radical radiotherapy is recommended for those men with a life expectancy of 10 years or more. It is a good option for men whose cancer is at the stage where it can be treated radically but who are not fit enough to have an operation. It also provides a radical option for men who do not want to undergo surgery.

Radiotherapy carries its own risks and side-effects which need to be considered before making a choice.

EBRT is used to treat prostate cancer by aiming beams of high-energy x-rays at the prostate gland and the tissues immediately surrounding it. The x-rays damage cells and stop them growing. Cancer cells are not able to recover from this damage but the cells in the normal tissues surrounding the prostate (bladder and bowel) can repair themselves more easily.

A special planning scan is performed initially and the information on this scan is used to where locate exactly where the prostate is and make a map of the areas that need treatment. The treatment takes a few minutes and is completely painless. Typically there are 20 and 40 treatment sessions over four to eight weeks.

Intensity modulated radiotherapy (IMRT) is a newer type of l radiotherapy which is now available from most NHS Trusts and is superior to standard EBRT. The dose of radiotherapy that is given to is graded to different parts of the treatment area.
It is usually combined with hormones therapy to shrink the prostate and maybe afterwards for some months.

This is even more accurate than IMRT so reducing the potential damage to healthy tissue. As a result higher doses/radiation fractions can be given significantly reducing the number of sessions required for treatment.

MR Linac systems cintegrate an MR scanner and a LINAC (linear accelerator) to  locate tumours with great precision in real time, and shape of X-ray beams in real time accordingly,  It is particularly useful for organs such as the lung or prostate which change shape and position all the time. This is the latest technology for treating prostate cancer

Side Effects
Most men experience some side-effects, but the severity varies from person to person. Acute side-effects can happen during treatment and are usually temporary. Late side-effects happen after the treatment has finished and these can be permanent. You should be able to continue normal activities during the radiotherapy.

Acute or Sort-Term Side-Effects
These are temporary and usually happen in the last three or four weeks of treatment and start to get better a few weeks after the treatment is over. You will get advice about diet and skincare before the treatment starts. Your doctor will prescribe creams and medicines if you need help with any of these problems.

Permanent or Long-Term Side-Effects
These side-effects can happen many months after the radiotherapy has finished and include the following:

There are two forms of brachytherapy:

Low Dose Rate Brachytherapy
This is an effective treatment for some men with early prostate cancer and uses radioactive seeds. Prostate volume should be less than 60ccbig as this treatment can cause difficulties with passing urine if the prostate is very enlarged.

The seeds are placed in the prostate in a similar way to that described for high-dose-brachytherapy. However, the needles are withdrawn and the seeds are left permanently inside the prostate where they slowly lose their radioactivity with time and treat the prostate cancer.

The treatment has similar side-effects to IMRT but with less chance of erection problems.

High Dose Rate Brachytherapy
This treatment can be used in combination with IMRT to allow a higher dose of radiation to be given to the prostate and surrounding tissue for men with locally advanced or high-risk disease.

Hollow rods or needles are placed in the prostate through the skin of the perineum. You will need an anaesthetic for this procedure. After the needles have been placed, you will have a scan (CAT scan) to check their exact position and your doctor and a physicist will use this information to plan your treatment.

The needles stay in the prostate for one to two days during which time you will need to lie on your back and a catheter will be placed in the bladder to help you pass urine. A radioactive source is put in each rod for a few minutes, two or three times over two days. You are not radioactive and the source is removed after each treatment.

Hospital stay is typically just under one week. The regime is a shorter course of IMRT (four to five weeks) two weeks after the brachytherapy treatment. The side effects are similar to IMRT apart from a small extra risk of developing a stricture (narrowing of the urethra) which can happen in between six and ten men in every 100 treated. Research suggests that IMRT in combination with Brachtherapy is more effective than IMRT alone.

What happens after radiotherapy?

If treatment has been successful, PSA levels should fall. This can take some months whilst hormone therapy continues. It may take some years before final PSA level is reached. This is because the hormone therapy also reduces the PSA level.

If you have any comments as to how this introduction to radiotherapy and brachytherapy can be improved, please contact me.