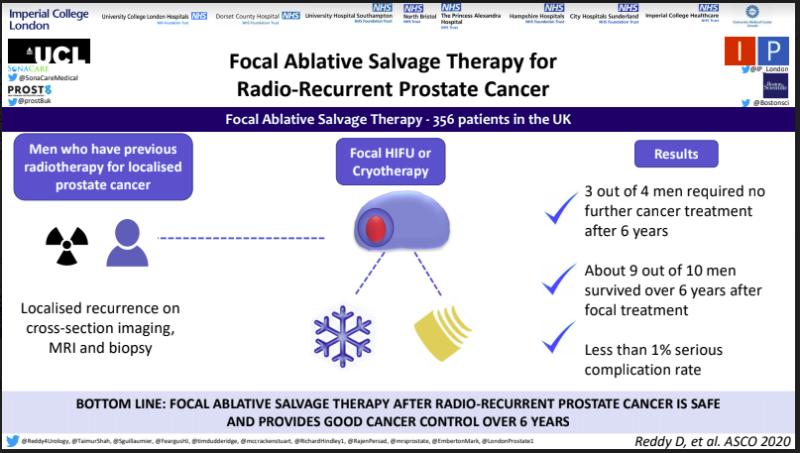 Following radiotherapy for prostate cancer, there is a 1 in 5 chance of recurrence where the cancer returns inside the prostate. Most men in this situation have been traditionally treated with a palliative strategy with watchful waiting and hormones. Hormones that suppress testosterone, the male hormone, keep the cancer in control for 2-3 years but long term use can lead to diabetes, heart disease, bone thinning as well weight gain, tender enlarged breasts and tiredness.

The alternative of surgical removal – prostatectomy – carries significant problems. Treating prostate cancer that recurs locally in the prostate following radiotherapy can be problematic as the tissue becomes ‘sticky’. Surgery results in side effects including incontinence (in almost all men) and bowel damage requiring a stoma and subsequent major open surgery (in about 1 in 20) and total loss of erectile function. More radiotherapy can also increase toxicity with the same result and because the cancer has resisted radiotherapy once, there is concern further radiotherapy may not work a second time. Having said that there is work is starting on using MR guided Linac to treat recurrence, but this is its very early stages.

HIFU and cryotherapy are alternative treatment that have been available on the NHS for some years, and in the setting of recurrence after radiotherapy are often known as salvage HIFU or salvage cryotherapy. These treatments limit the areas they target by using precision MRI and biopsy to localise the cancer inside the prostate (known as focal therapy). This way, less tissue is damaged and fewer side-effects occur whilst still ensuring the cancer is treated.

Our study at Imperial, which has just been published, involved 356 men with recurrent cancer following radiotherapy who were treated with focal therapy. Three quarters of those men did not experience any disease progression in the following 6 years and did not require hormones or surgery. This is a good result because prostate cancer recurrence after radiotherapy tends to be much more aggressive and higher risk than when it is first diagnosis, so salvage treatments are always tougher.

As well as the 12,000 men per year with early stage prostate cancer who could be treated with focal therapy, there are some 10,000 men in the UK suffering with recurrent prostate cancer following radiotherapy who may be suitable for treatment. Currently there are very few NHS or private centres that offer HIFU and cryotherapy but we expect this to increase in the next few years as awareness of the benefits of the treatment increase and patients become more discerning seeking out treatments with minimal side effects.

About two thirds of men who have localized failure after radiotherapy develop recurrent unifocal (one place) or unilateral cancer (one side), and the main site of recurrence is usually the site of the main (index) lesion before radiotherapy.  Localised prostate cancer is often multifocal consisting of an index lesion which is driving the cancer and in time will lead to metastatic cancer spreading out from the prostate, and secondary lesions which are usually insignificant cancers and lie dormant. The index lesion is the prime driver of progression of the cancer. Secondary lesions, which are less dangerous, are rarely the cause of recurrence. In fact, 89-100% of recurrent cancer after radiotherapy grows from a cancer remnant at the site of the original index lesion. Secondary lesions are usually treated successfully by the radiotherapy.  This explains the rationale behind focusing the treatment (HIFU or Cryotherapy) on that index lesion and leaving the rest of the surrounding tissue unaffected..

It is usually necessary to do a whole body scan like MRI or PET scans to confirm that there is only recurrence in the prostate. Good quality mpMRI scans and the image fusion techniques (with ultrasound) are vital in the planning of focal treatment. Focal treatment of the index lesion ablation (with a surround security margin) is our preferred approach at Imperial. Other centres have used HIFU and Crotherapy for quadrant (a quarter), hemi (half), and total ablation of the prostate, but the side effects go up, the more tissue that is targeted.

We offer this treatment at Imperial and in my private practice. 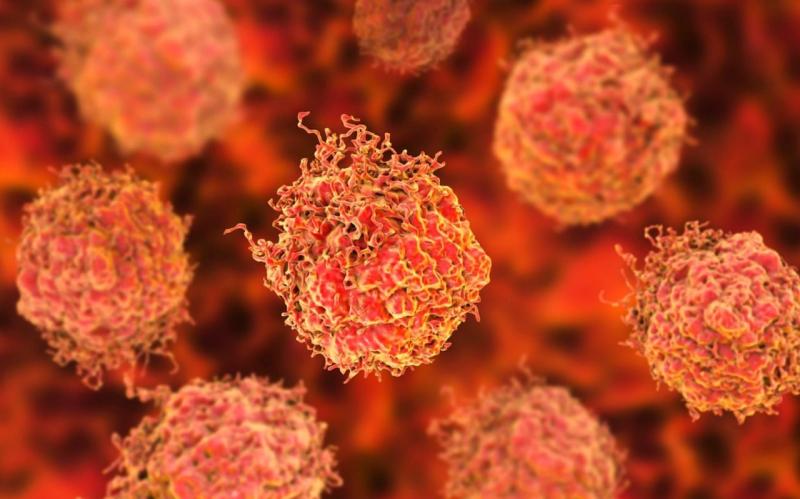