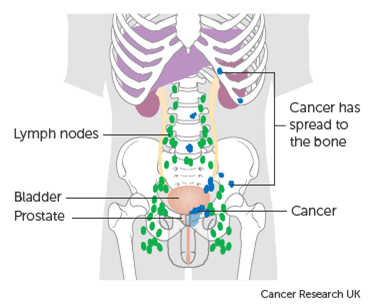 The treatment options provided here are designed to provide you with a guide, ultimately the correct treatment decision will be made in discussion with your treating clinician and other members of the prostate cancer multi-disciplinary team (MDT).  However, an overview of the possible treatment paths is provided in Figure 2. 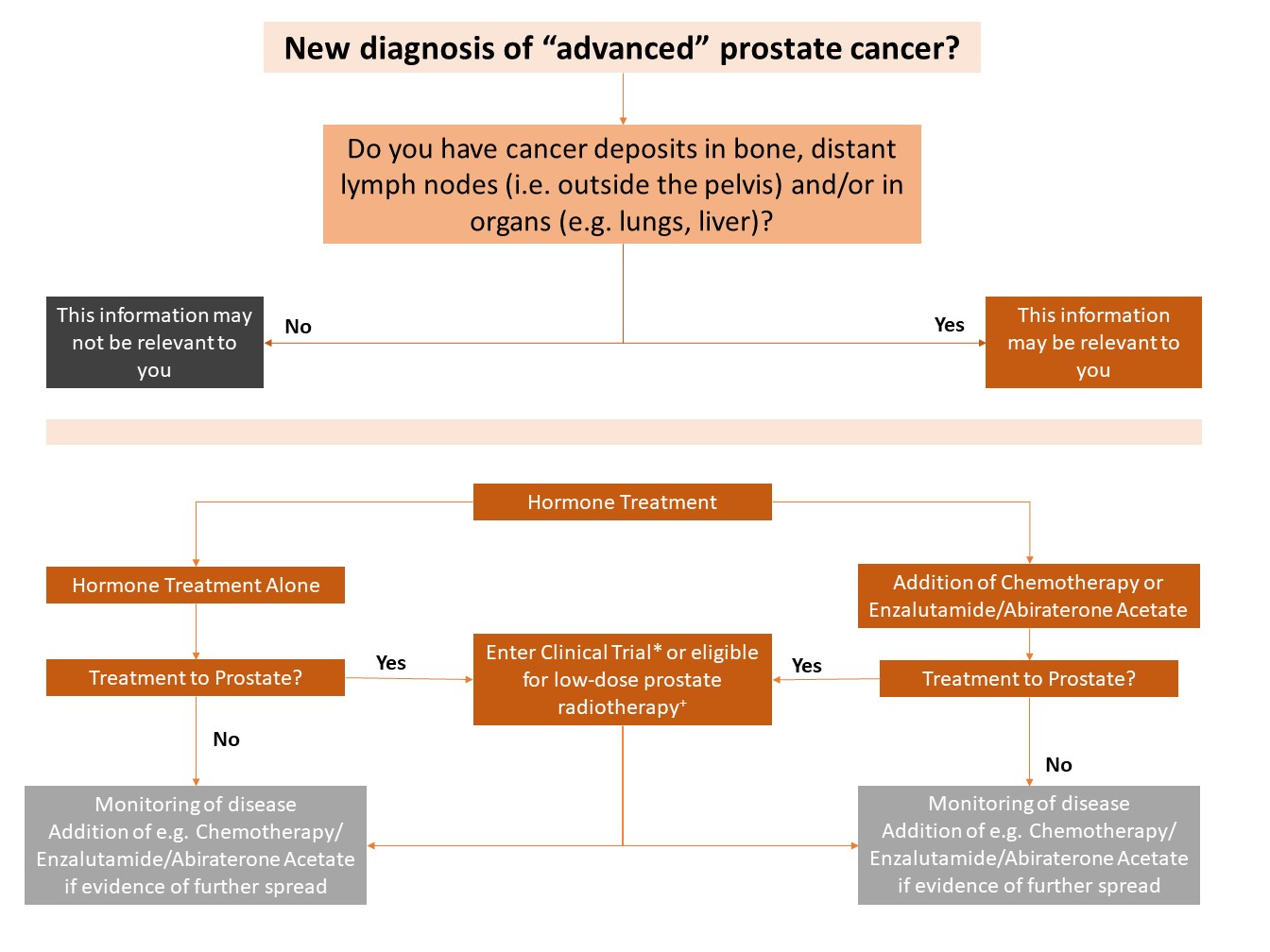 Figure 2. Treatment pathway in men with a new diagnosis of metastatic prostate cancer.

Legend: *NHS clinical trials, such as IP2-ATLANTA, are offering a range of treatment options (radiotherapy, surgery or ablation) to the prostate. +Low-dose prostate radiotherapy may be offered to you if your have a few or limited number of cancer deposits (oligometastatic).

Medical therapy involves hormone therapy and some men will be offered chemotherapy or a new hormone drug therapy (such as Enzalutamide) immediately following their diagnosis.

Hormone therapy side effect vary, but may include weight gain, hot flushes, tiredness, loss of sexual desire (libido), difficulty in maintaining erections, muscle loss, breast tenderness, bone thinning and mood changes. You should discuss these with your clinician or cancer nurse specialist.

In addition to hormone therapy, you may be offered chemotherapy shortly after diagnosis. The drug “Docetaxel” is the chemotherapy that is approved for newly diagnosed metastatic prostate cancer. Chemotherapy results in death of cancer cells (cytotoxic). This will aim to control the spread of cancer and also treat existing deposits.

Docetaxel (Taxotere®) chemotherapy is delivered under the care of a medical oncologist and usually takes the form of six cycles (or injections) of chemotherapy, given every three weeks. You will be asked to take oral steroid and/or an injection to maintain your white blood cell count (Granulocyte Colony Stimulating Factor [GCSF]) with each cycle. A blood test is routinely performed prior to each cycle starting.

Unfortunately, chemotherapy can also damage healthy cells and thus results in side-effects and these may include a high risk of infection, tiredness, nausea and vomiting, ankle swelling, numbness and tingling in your hands and feet. You should discuss these with your clinician or cancer nurse specialist.

A number of new tablet drugs have been developed as an alternative to chemotherapy. These new drugs act on hormone receptors. These medications have been previously approved in later stages of advanced prostate cancer, when hormone therapy is no longer effective (castrate-resistant disease). However, a number of large clinical trials have now demonstrated they such tablet therapy may offer similar benefits as Docetaxel chemotherapy, when used as a direct alternative.

Due to the expense of these drugs they have not been routinely available on the NHS. However, some of these medications are temporarily available, due to the covid-19 pandemic, depending on where you live in the UK. These rules are subject to changes frequently and should be discussed with your medical oncologist/clinician.

Despite the medical treatments available, the main cancer in the prostate is not normally treated as it was unclear the benefit from doing so. However, there is new evidence that some men who had a few or limited number of deposits (oligometastatic prostate cancer) may benefit from treating the main cancer inside the prostate in addition to the previously mentioned medical treatments. This is based on the theory that we might reduce the amount of cancer cells in the rest of the body and remove the cells that can grow despite. Further there is evidence that main cancer in the prostate can send growth signals to the areas of cancer outside the prostate.

There are a number of different trials open in the UK (e.g. IP2-ATLANTA) offering treatment of the prostate and/or lymph nodes. These trials offer traditional treatments such as radiotherapy and surgery (prostatectomy). In addition, some offer minimally-invasive freezing (cryotherapy) or heating (HIFU) to the prostate which may have fewer side-effects.

These treatments are currently not considered standard of care and most can only be accessed via clinical trials. A list of clinical trials in advanced prostate cancer can be found here.

You should ask your clinician if you are suitable to take part in such a study or contact the relevant trial team directly.

There is some new evidence that cancer deposits can communicate with each other independently. Therefore, some clinicians are exploring whether there is any benefit in treating specific areas of cancer outside of the prostate in addition to medical therapy. This can be completed in the form of surgery and highly-precise radiotherapy (SABR or brand names such as Cyberknife®).

At present this form of treatment is only available in clinical trials in the UK (e.g. IP2-ATLANTA, CORE). However, similar to treating the prostate, men with a few or limited (oligometastatic) number of cancer deposits may get benefit from treating these areas.

Follow the above link again for a list of clinical trials in advanced prostate cancer.  Once again, you should ask your clinician if you are suitable to take part in such a study or contact the relevant trial team directly

Other forms of metastatic prostate cancer

Both these have separate pathways for treatments and involve an individual discussion with your clinician. However, you may be offered some treatments we have discussed here.